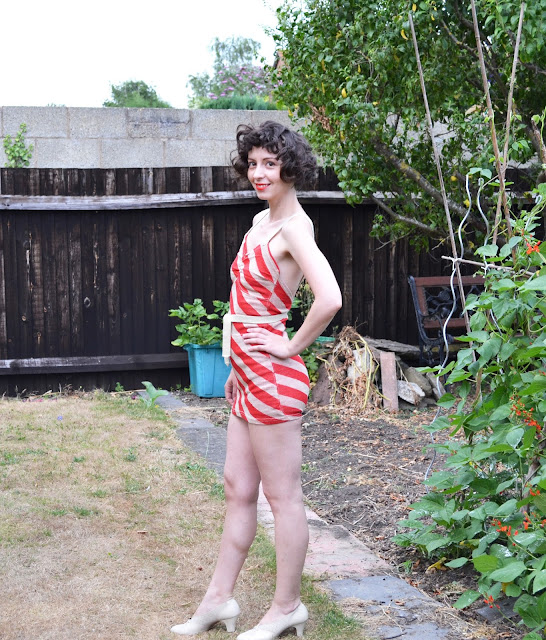 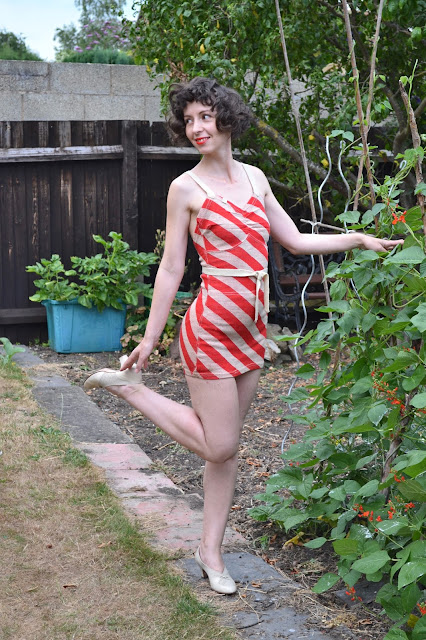 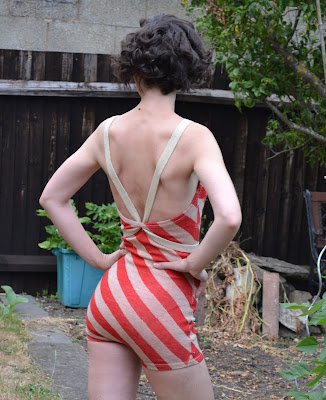 Perhaps not the late 1920's or 1930's dream swimsuit I was chasing, still here I am happily modelling this later version of stripe craze, which bears the Bukta swimwear label.

Established in 1879 in Manchester, Bukta was the first sportswear brand in Britain. They were the official uniform supplier for the Scouts, also made camping equipment and clothing, as well as hospital and tropical uniforms for the British Army during the First World War, but became mostly known for the football and rugby sportswear they produced - a field which they dominated up until the 1960's. 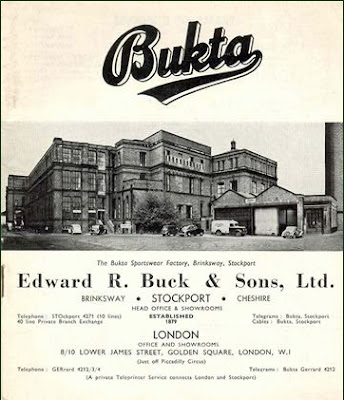 The label went on to be worn by famous names like George Best and Diego Maradonna in the 80's, whereas more recently has become the casual staple of non-sports stars such as  Noel and Liam Gallagher. Still going today, the brand even launched a vintage collection in 2009. 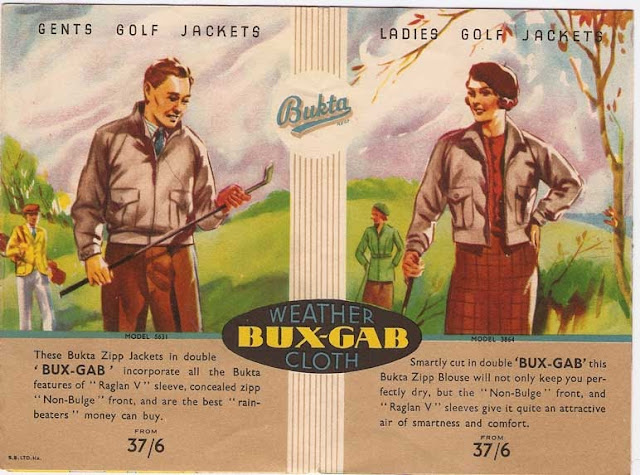 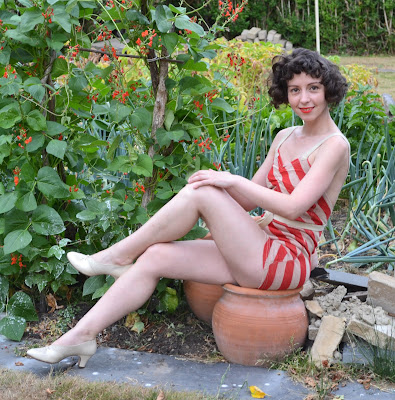 My swimming suit is new old stock, meaning it never made it across the counter, or if it did, was never worn -  still bears the paper size label. The manufacturer's label has the CC41 symbol, which places its making sometimes after 1941.

According to the Vintage Fashion Guild " The Utility Label or CC41, was used in Great Britain as a result of wartime shortages in WWII and the period immediately following. Rationing of clothing went into effect in June, 1941, and strict manufacturing standards were drawn up limiting the amount of fabric, fasteners and trims that could be used in each garment. This ruling was called Civilian Clothing 1941, or CC41.(...) CC41 labeling continued until 1952, when rationing was finally ended".

Here is the label, followed by another two from the 50's and the 60's. 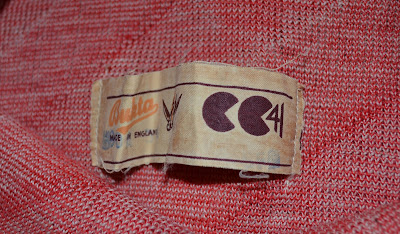 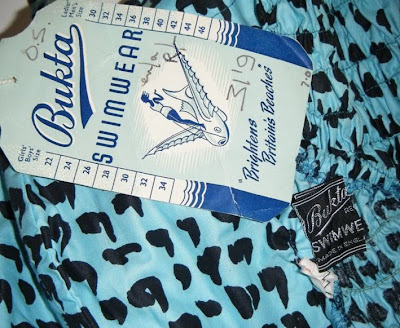 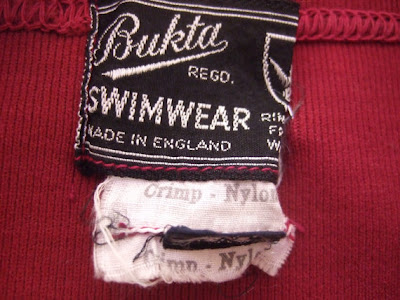 It's quite amazing that, given how renowned this brand is, I was not able to find more visuals on line in terms of actual swimwear from the 30's and 40's, not even ads. So if you come across any, please be kind and send me a link, I would really like to see more.

In the meantime I leave you with more fooling around the vegetable garden - quite the place for a beachwear show, don't you think? 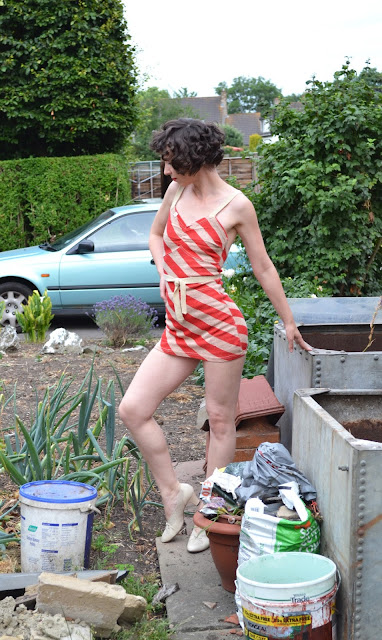 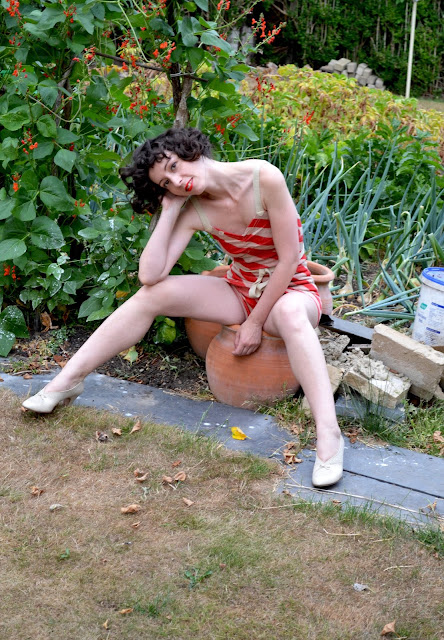 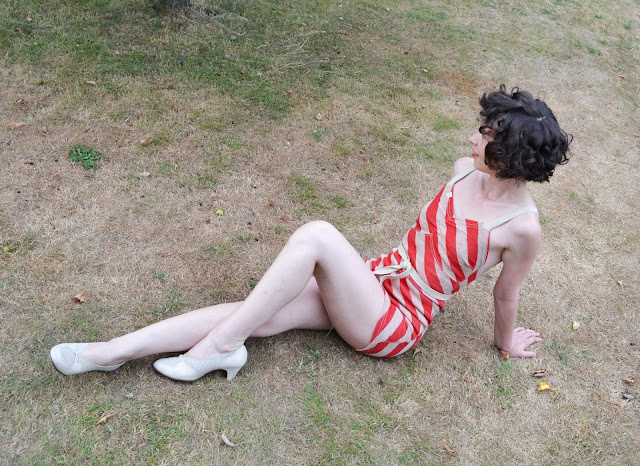