We may be ready to wave winter goodbye, but an unusually cold early spring makes for plenty of opportunity show you another one of the knits whipped up by mother during the winter months.

But when I say whipped up, don't harbour any illusions - while the actual knitting involved in this project was fairly straightforward, the waiting time surpassed that by a long stretch. I had been wanting one of these for longer than I can remember. Now that it's done it almost feels like relief :) 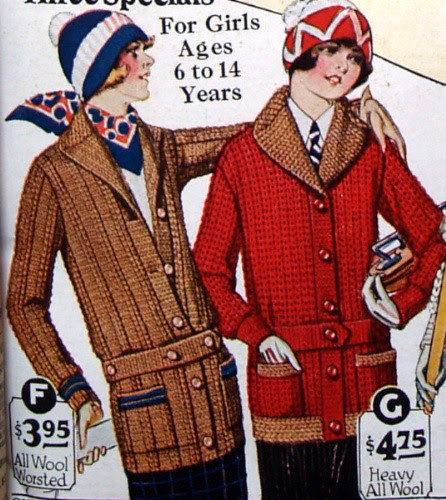 The yarn used is Debbie Bliss Luxury Tweed, a mixture of wool and angora in a chunky weight. I must say, I love this yarn despite its lack of density; it feels like I imagined it would feel, warm and cosy, yet light and soft, without much fluffiness. It's a pleasure to wear.
Speaking about which, I must admit this project was pure self indulgence. I mean, what sort of uses an outfit like this may have apart from fancy dog walking? - and I am yet to reach that stage in my life where I can have a dog, let alone luxury walk it.
Still, it counts as one for the heart. 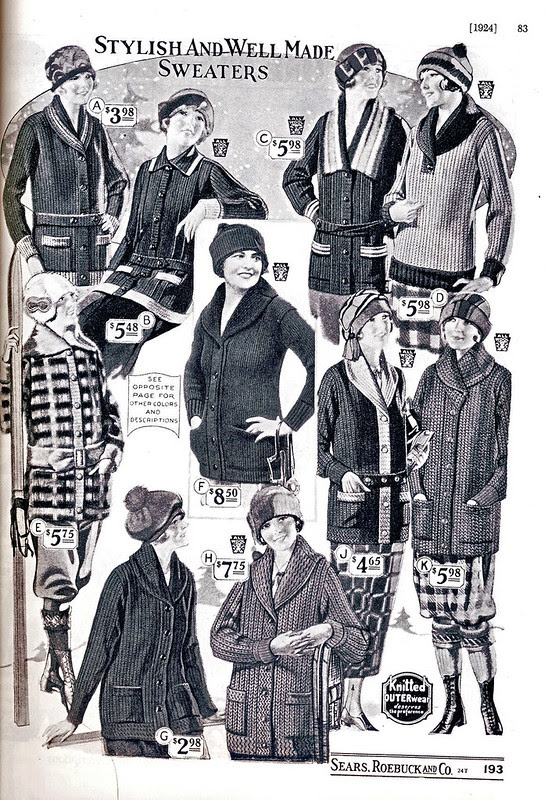 Loosely based on the cardigans in the images above, the design as always was improvised around the quantities of yarn I had. With a little bit more than I needed in blue but not quite enough in red, mother came up with the idea of making a double row in blue at the bottom since I didn't want any of it in the collar nor along the buttoning edge.
This looks fine at the cuffs, but not quite so at the bottom of the main body of the piece, especially after the pockets have been added. It looks odd and there is too much blue concentrated in one area for my liking. If I could change something about it, this would be it.
It just shows how important it is to get your yarn quantities right if you want that little project close to your soul to come out just right. 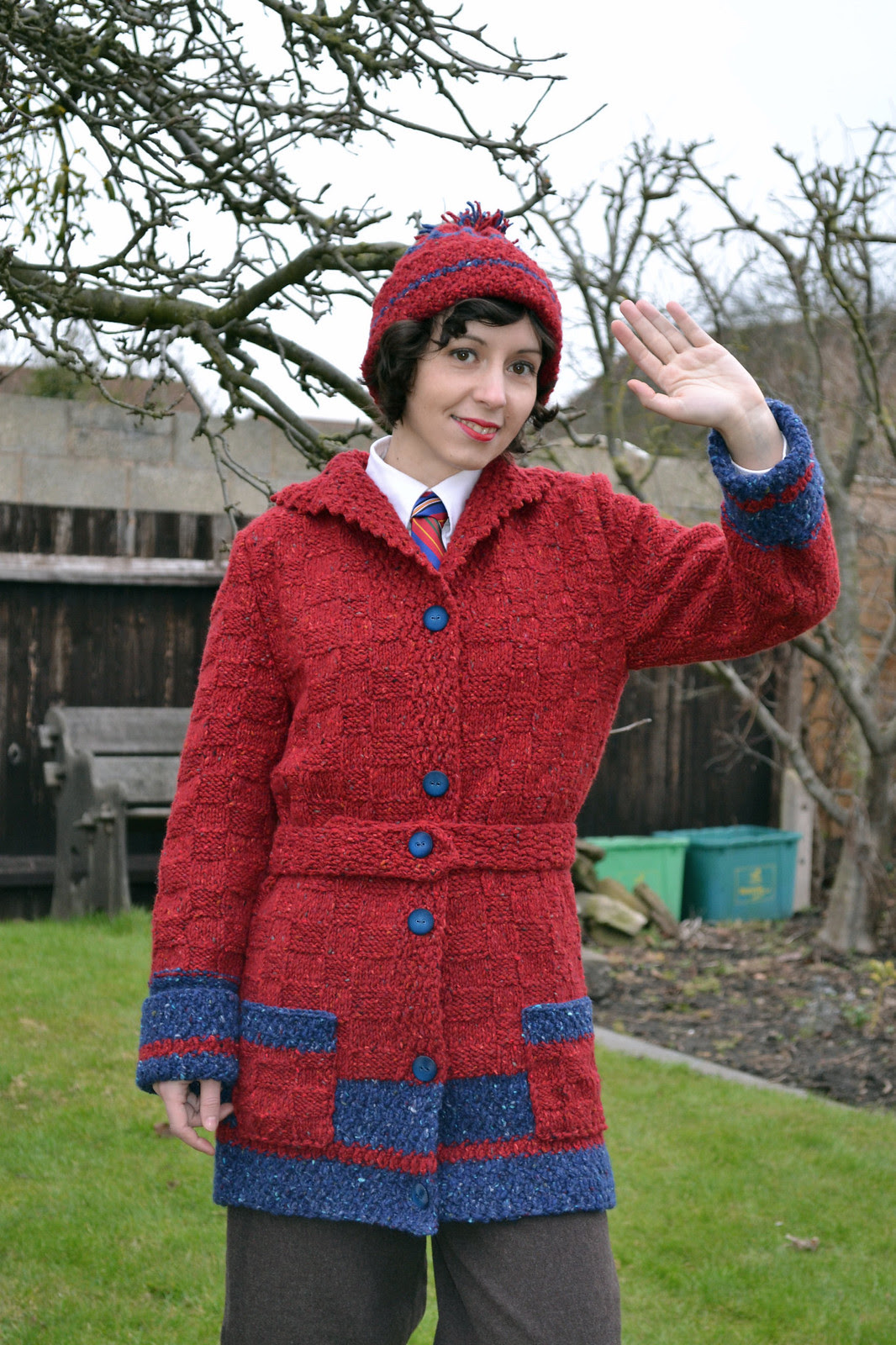 There you go, it's a wrap.
But, just as I type this, it starts to snow some more.