An early to mid 20's silhouette

I promised the other day to bore you with numerous photos of this outfit, but one more will suffice in order to make my claim to an earlier style than I wear usually, dating to the first half of the 1920's. I love this period, but don't get much of a chance to emulate it. The look I've been inspired by in this particular instance is rooted as far back as the 1922-1923, albeit in a heavier, more voluminous manner that its slightly later correspondents.

In only a matter of a couple of years silhouettes became more streamlined, with everything, including hats, diminishing in volume. With the increased importance of making clothes that would be practical, casual and sports minded, this was a natural process. Plaid was a perennial favorite though, as you can see below, great in this 1923 coat as well as in the 1924 skirts that follow. 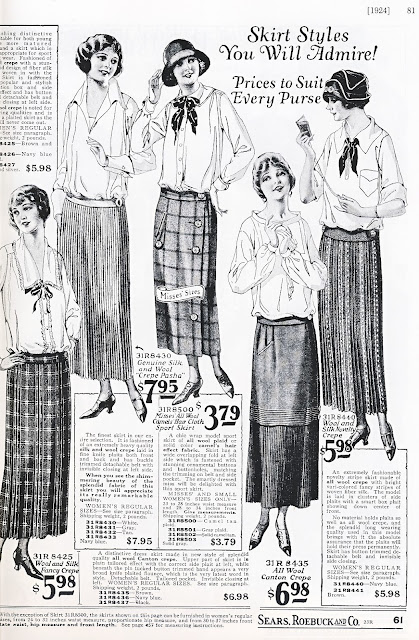 The checkered fabric and side button detail of my 50's Boreva skirt, as well as the awkward fit at the waist (I probably just don't fill it properly), came in handy when trying to suggest similarities with the skirts shown here. These images are placed in 1925/1926, which is as recent as I could find this look still going. 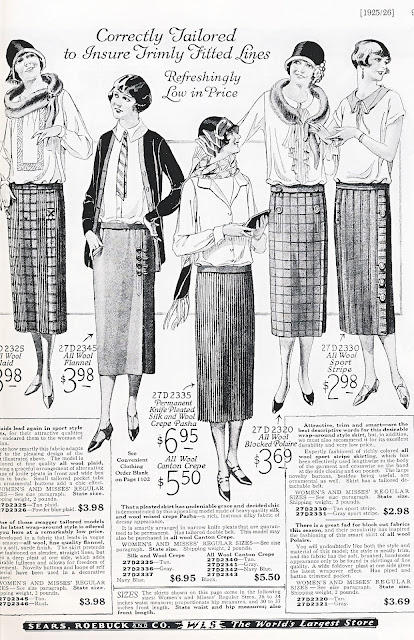 Next I would love to try the variation with a cardigan and tie from above - Marion here did it so well! - or with a nice long open vest with pockets and belt...Hm, I can just about see some more knitting projects on the horizon... 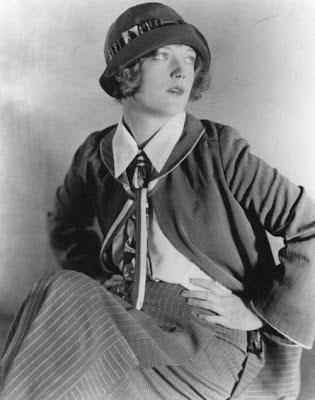