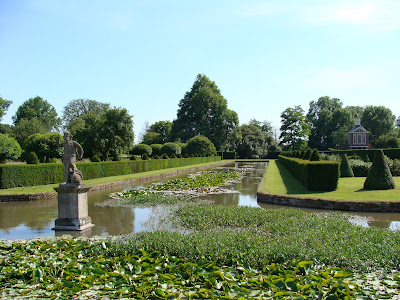 Not far from where I live there is an original Dutch water garden - the only one to survive the later era of naturalistic landscaping in Britain. 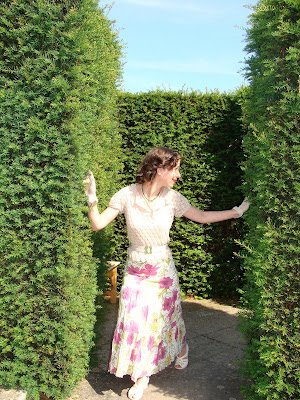 Although the exotic varieties of tulips from the famous age of "tulipomania" are no longer present, Westbury Court garden is planted exclusively with species of plants available before 1700.
The long canal was the first feature to be created in 1696. 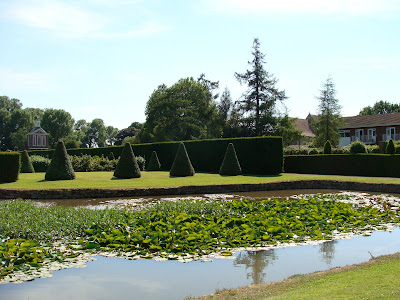 Near it the parterre in box with its conical and ball shaped topiary contained within yew hedges, some of which also sport cones, provides a formal and graceful surround to the tall Pavilion.
Two magnificent trees, a Tulip tree and a Holm Oak (reputedly England's oldest), dominate the formal garden
The oak 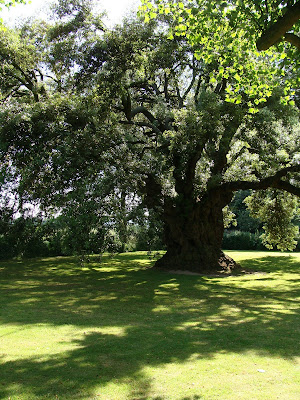 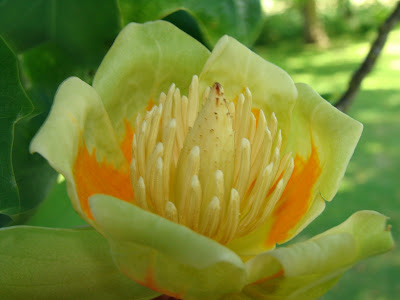 Playing in the informal part of the garden 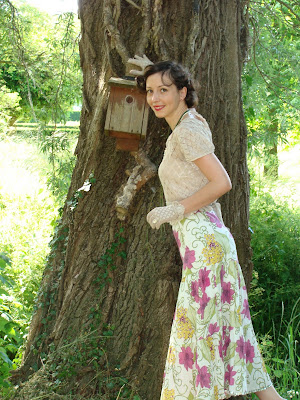 Views from the garden 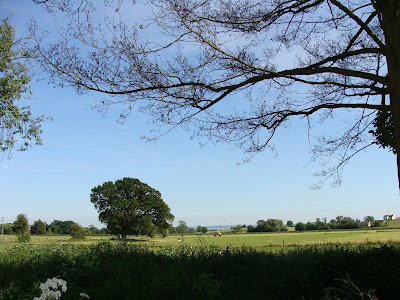 During my visit I wore my 1930's crochet blouse and gloves (some of my favorite vintage that I own), paired with a modern skirt and shoes, a vintage jade necklace and my beloved mother of pearl art deco necklace. 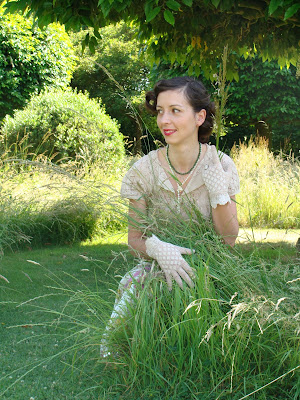 And yes, you will be seeing more of this pose, at least until I get some vintage shades, and the hat and parasol so overdue! 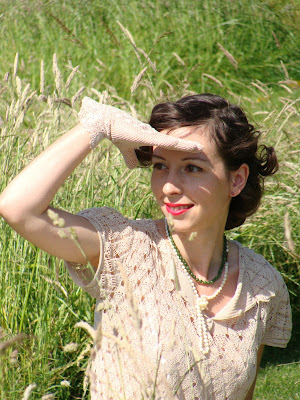 Last but not least I'd like to introduce to you Ciprian Porumbescu (1853 - 1883), a Romanian composer whose work spreads over various forms and musical genres, the majority being choral and operetta. Some of his most remarkable musical pages were inspired by national heroes and great army leaders. In this tradition of pathos and patriotism he composed the Romanian anthem (used until 1990). He left a legacy of over 250 works, bringing him fame and popularity through his short life (died at 29 of tuberculosis) . 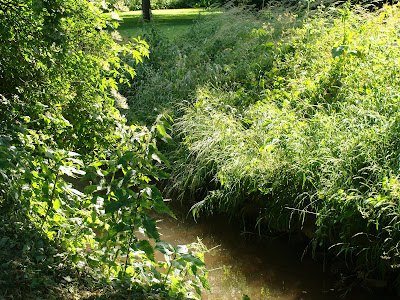 The appreciation of his music came from the melodic nature of his compositions and their folklore inspiration. The best known work by Ciprian Porumbescu, and a reference work in Romanian classical music of the 19th century, is the Ballad for Violin and Orchestra.
Other remarkable pieces are his Romanian Rhapsody for Piano, which was compared to Liszt rhapsodies, and the beautiful composition that I love and share with you today: Zana Dunarii (The Danube Fairy, in an approximate translation).